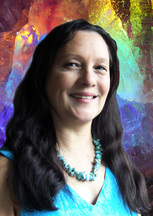 Sat - December 14th -2013 at 11:00 to 1:00 on Desert Mermaid RadioCarole Michaella will be interviewing me on her show.  I look forward to talking about my expereinces as a UFO and Paranormal illustrator.
WWW.CAROLEMICHAELLA.COM 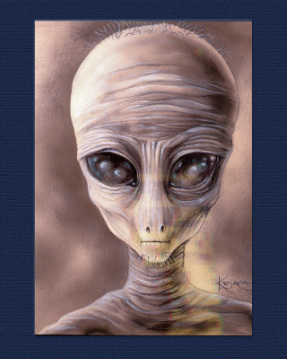 A great film I had the honor to participate in with my illustrations is now out to be downloaded through iTunes.  This is what James Carman wrote to me to share with you all.  Enjoy
Dear Friends,
My long-awaited film is finally out. I would like to thank everyone who has helped me.
The Hidden Hand is now live on iTunes. Gravitas is distributing it in North America.
Please support me and download the film. Repost the links below on facebook and on your website.

The Hidden Hand; Alien Contact and the Government Cover-Up
The Hidden Hand is a controversial  Award-winning documentary that explores the possibility of an extraterrestrial presence here on Earth. The film takes a keen look at a spectrum of topics like alien abduction, human/alien hybridization, the military’s reverse-engineering of alien technology and the government cover-up of anything related to extraterrestrials. Is preoccupation with E.T.’s a form of cultural madness, or is something really going on? How would E.T. contact change the religious and political institutions of our society? The Hidden Hand is full of riveting interviews with experts and experiencers alike: Whitley Streiber, Dr. Edgar Mitchell, the 6th astronaut on the moon, Paul Hellyer, a former Canadian Defence Minister, Richard Dolan, Jim Marrs, Linda Moulton Howe, Col. John Alexander, Nassim Haramein, David Icke, Dr. Roger Lier, Graham Hancock and Paola Harris, among others. The shadowy world of UFOs is suddenly brought to light.

Praise for the film:

“James Carman has put together one of the most original and touching portrayals of humanity’s ongoing struggle to understand the most profound mystery of our time: our interaction with the beings who are behind the UFO phenomenon — whoever and whatever they are. Artfully put together, it features many voices that have not previously been heard, and offers perspectives all of us can learn from.”
-   Richard Dolan, Historian and Author of, UFOs and the National Security State Vol. I and II, and A.D. After Disclosure

“The Hidden Hand, produced and directed by James Carman, is one of the best documentaries about the complex puzzle of the UFO phenomena that I have seen in my long career as a TV producer and investigative journalist.­
... James Carman’s film should be seen by everyone who wonders why politicians who love the limelight won’t touch the UFO mystery.”
-       Linda Moulton Howe­, Emmy award winning producer and author of Glimpses of Other Realities, Volumes I and II

Will be introduced as one of the Illustrators. 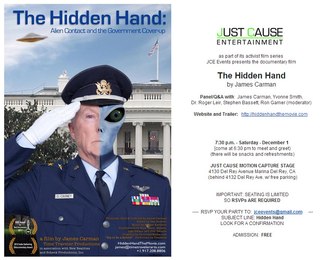 Speaking Sept. 16 2012 with Jackie and Brad tonight on Blog Radio 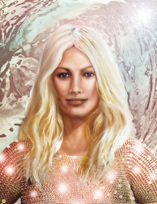 Be awake and aware! 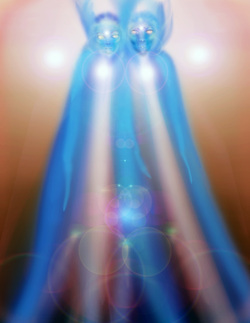 Keep looking up, you may have an event of your own!